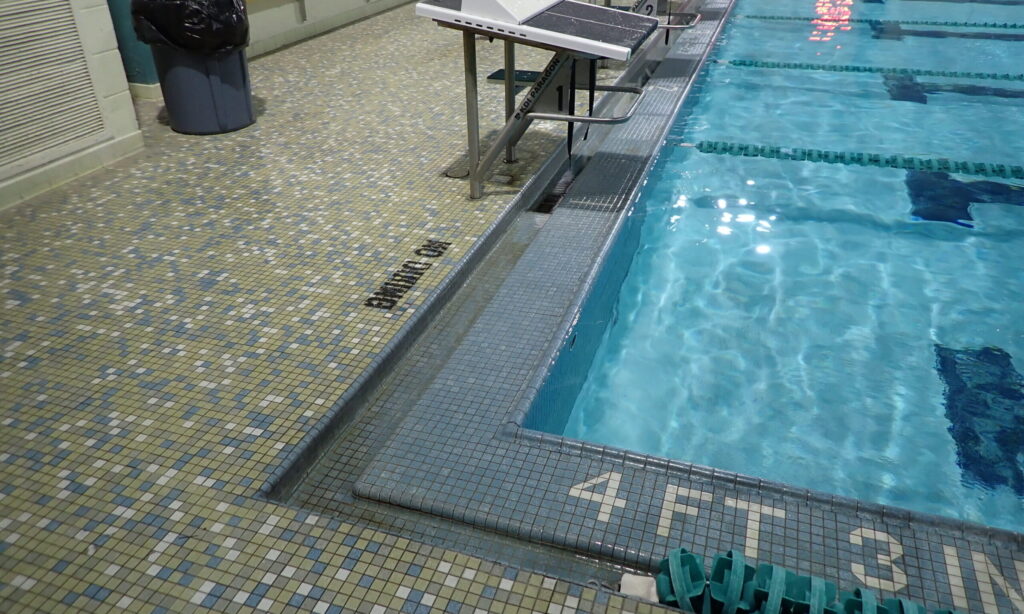 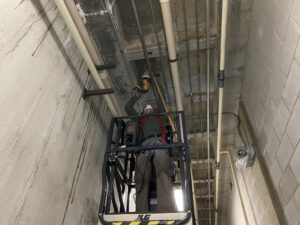 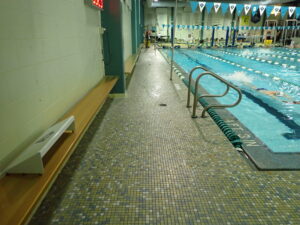 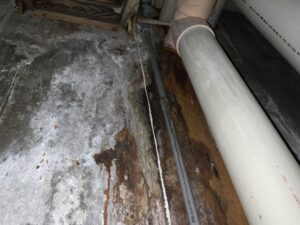 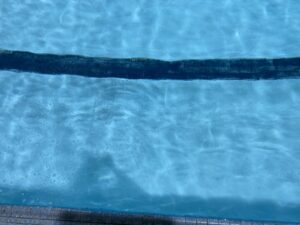 Trask Natatorium is located on the main campus of UNCW and was completed in 1977. The natatorium features a 25-yard, eight-lane Olympic size pool and a separate diving tank that descends 17 feet. The pool deck is an elevated, pan-formed cast-in-place concrete deck. The deck joists and beams are integral and are supported on concrete columns and cast-in-place interior walls. UNCW personnel reported that previous cracking damage and subsequent repairs to the pool were performed about 20 years ago. Previous leaks through the pool deck resulted in damage to electrical conduit. Atlas Engineering was asked to perform a structural evaluation of the pool deck and supporting structure and determine the severity of the observed damage. The evaluation consisted of two phases.

Phase I – Visual Condition Assessment, included reviewing available as-built drawings and conducting a visual, non-destructive inspection of the pool deck and areas adjacent to the pool support structure, including mechanical space, locker rooms, and laundry area. Deficiencies were documented with photos and a preliminary report provided a list of observations, findings, and recommendations. Observations included cracks of varying widths in the deck pan and interior walls, rebar corrosion, spalling concrete, and significant efflorescence buildup. Based on the visual inspection further investigation was recommended.

Phase II – Concrete Investigation, included obtaining samples of concrete powder from various locations on the interior walls and underside of the deck to evaluate the risk of corrosion based on chloride content and possible carbonation. Sample locations were selected based on damage observed during Phase I. At each location, Atlas performed in-situ testing for carbonation and obtained powder samples to be tested for chloride content in a lab. Atlas issued a final report provided sampling methods, test results, and recommendations, including repairing cracks, spalls, and rebar, removing efflorescence buildup, and sealing abandoned penetrations through the deck and walls.